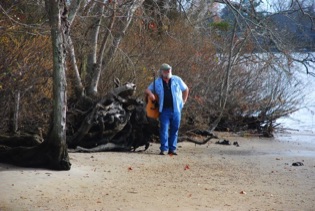 Nominated for 4 Grammys in 2008, and 7 more in 2009, Pedersen's recent CD's include "Endlessly,"  "Agua Noir," "Manhattan Grits," and "Lines on the Pines," a cd of 13 songs entirely about the Pine Barrens of South Jersey. Many of the over 1200 songs composed by Pedersen have charted nationally & internationally and have been featured in two films, "Breathless," and  "The Demented," and on FXX's TV series, "It's Always Sunny in Philadelphia."

Paul and his song, "The Pine Barrens Blues," was featured on the hit CNN series, "Anthony Bourdains - Parts Unknown" in May 2015. Paul has been writing songs since the age of 3 and continues to do so.  He has been playing drums since the age of 12, the guitar since the age of 14.  He played drums for "The Hall Of Fame Show,"  out of Nashville for 8 years in the 90's,  and does drum and guitar studio work as well.

He is the author of two published books, "Required Restroom Readings," a self-published collection of short stories & Haiku published in 2009. His most recent book, "The Legendary Pine Barrens - New Tales From Old Haunts," was published in 2013 by

currently continuing his regional book tour and signings of  "The Legendary Pine Barrens," which includes the performance of original Pine Barrens songs and hour-long storytelling sessions.

Pedersen was a reporter/photographer for The Weekly Retrospect, The Hammonton Gazette and the Vineland Daily Journal.  He has written several screenplays and does voice-overs for a production company based in Florida. Paul is the "official voice" of Maines Truck Driving School in NY.

Pedersen's line of jewelry, known as "Pine Barrens Diamonds," is available at some 15 retail shops throughout south and central Jersey, including all the Noyes Museum outlets, Wheaton Glass, Batsto Village, Historic Smithville and other locations in and around the Jersey Shore and as far north as Point Pleasant Beach. The jewelry is fashioned from discarded glass chunks that Paul unearths at the ruins of several old glassworks (circa 18th/19th century) sites in the Pine Barrens. The exploration of,  and digging for the glass was featured in a segment of the David Kessler film, "The Pine Barrens."   Paul is currently working on his third book,  a new collection of South Jersey stories "that'll scare the bejeesus outta ya!" 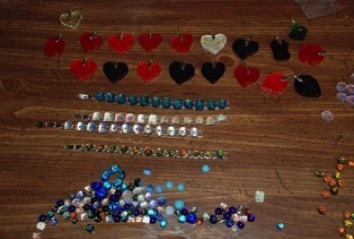 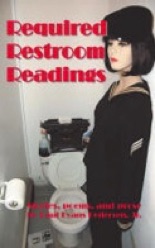 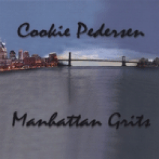 ©  2021 Diamonds in The Pines Productions